How Xylitol Can Help Prevent Cavities 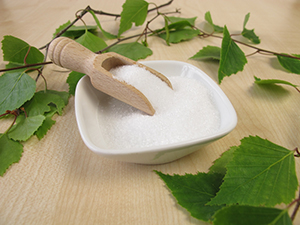 Xylitol isn’t an artificial sugar substitute. It’s a natural sugar alcohol that gives you a sweet taste with about a third fewer cavities. That’s why many people are adopting it. When it comes to your teeth, xylitol has additional benefits, and it may be the secret to significantly reducing your risk of cavities.

Where Does Xylitol Come from?

But for the purposes of industrial production, there are really only two common sources of xylitol: corncobs and wood. In both cases, the xylose found in the source material is fermented to become xylitol.

Xylitol makes life hard for cavity-causing bacteria in your mouth. First, it’s not a sugar that the bacteria can use. Although the xylitol tastes like sugar, bacteria can’t really break it down, which means they can’t grow and reproduce, and, of course, they can’t produce the acid that they excrete to break down your tooth enamel.

It’s not just that bacteria can’t eat xylitol–it kills them. The bacteria can’t help but take in the xylitol, because it’s shaped like a sugar. Because it won’t break down, a bacterium that eats it essentially has a full stomach of food it can’t digest, which kills it. And even when it can’t be effective enough to kill all the bacteria, it interferes with the ability of plaque to stick to your teeth.

Although it isn’t digestible in the mouth, your body responds to xylitol as if it were sugar, producing saliva, which helps suppress bacteria.

In addition, there is some research that suggests painting teeth with a xylitol varnish might help remineralize teeth–actually reversing the process that lead to cavities.

Over the years since xylitol was discovered, we have developed new ways to use the benefits of xylitol to protect teeth. Enter CariFree, a recently developed system that leverages the power of xylitol in many different forms, such as toothpaste, mouthwash, and even lollipops and chewing gum. If you develop cavities regularly and are tired of it, CariFree might be just the solution for you.

To learn more about the benefits of CariFree and xylitol, please call (702) 873-0324 for an appointment with a Las Vegas dentist at the office of Dr. James B. Polley.