What Your Smile Can Say

Most of the time, we think that a smile is a happy expression, but the truth is that smiles are actually very diverse in their meanings. This probably means that you’re smiling a lot more than you think, trying to convey many different messages to people in many different situations–it’s a vital complement to any ensemble.

This makes it very important that your smile says only what you want it to say. Las Vegas cosmetic dentist Dr. James B. Polley can help you get a smile that will always say the best things about you, no matter which type of smile you’re making. 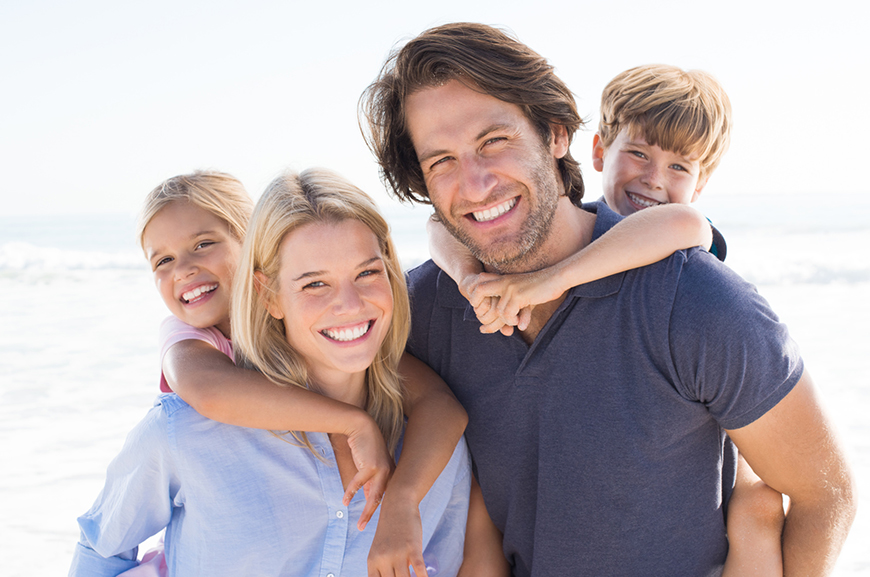 This is the name people give to the full, expressive happy smile that we think of most often. It’s named after Duchenne de Boulogne, a 19th century neurologist who stimulated facial muscles with electrodes to simulate various facial expressions, including smiles. He gave us many theories about smiles that are still used today, although not all of his notions were accurate.

One of Duchenne’s theories we now know isn’t true is that no one could fake a truly happy expression. This expression includes not just the muscles of the mouth, but certain eye muscles that cause a slight squint of the eyes to correspond to spontaneous expression of happiness. But later studies revealed that about three-quarters of people can voluntarily control these muscles to produce a very convincing fake smile.

And many of us do employ fake smiles on a daily basis to convince others that we’re happy when we’re not.

But there are some situations where even a genuine show of happiness is not considered acceptable. In many cultures, a broad display of teeth is frowned upon. In these cultures, people tend to develop smiles that involve only subtle movement of the lips and more movement in the eyes, which is known as a dampened smile.

Although this is a pretty normal emotion, there’s also a social stigma to it–no-one wants to be seen taking joy in another person’s adversity. So people clamp down on these smiles, but the resulting expression is typically different from the dampened smile. It’s more like an angry expression over a fixed grin.

If you’ve ever been on the receiving end of one of these smiles of social contempt, you know what these are like: a fake smile overlaid on a faint foundation of disgust. The eyes and the corners of the mouth give this smile away.

What’s the best way to deliver bad news? There’s probably no good way, but many people try to soften the blow of the news with a smile, which is called a “qualifier smile.” The funny thing is: although this is a popular strategy, it often has the opposite effect.

An embarrassed smile can be your shield in an awkward social situation. The flushed cheeks that accompany this smile are a pretty big giveaway, but people also often avoid eye contact with others, often with downward cast eyes.

Many people don’t need to be told to “grin and bear it.” It’s a natural response. When people are smiling through pain, the smile is often small, and asymmetrical, and the face is generally sad. This kind of smile doesn’t fool anyone.

A fear smile may be the most instinctive type of smile. It’s similar to expressions given by other primates when submitting to higher-ranked members of their society. Teeth are bared, but it’s not an angry expression or a happy one. Many people put this expression on when dealing with their boss.

Is Your Smile Delivering Covert Messages?

You might think that, given all the things your smile is supposed to say, it’s not also conveying extra information, but it is. When people see your smile, they make judgments about you, and depending on the condition of your smile, those judgments might not always be favorable.

But if you are unhappy with what your smile is saying about you, we can help. A smile makeover will mean that, no matter what else, your smile is still saying good things about you.

To learn more about the benefits of cosmetic dentistry in Las Vegas, please call (702) 873-0324today for an appointment with Dr. James B. Polley.