Tooth Damage Linked to Drug Use Can Be Repaired

Drug use can be devastating to the body, including to the teeth. In fact, the damage to the teeth can be so severe in users of methamphetamines, that it has received the popular moniker “meth mouth,” and has been widely reported in the media.

Fortunately, if you are able to kick your drug habit, we can use reconstructive dentistry to undo the damage it has done to your teeth.

The Damage Meth and Other Drugs Do to Your Teeth 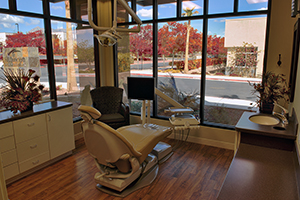 Because methamphetamine use has been so prominently associated with oral health damage, it has been extensively studied. Results show that meth users are more likely to have extensive decay, and are especially more likely to lose teeth than people of their age group who are not using meth. Their risk of tooth loss is about 4.5 times that of people who do not use meth. Tobacco is a common legal drug that can also lead to tooth loss. But meth users are about 2.5 times more likely to lose teeth than cigarette smokers. Gum disease and tooth decay are also common among meth users.

Even though meth is commonly associated with damage to your teeth, studies comparing meth users to heroin users show that the tooth damage among these drug users is comparable.

With the similarity of tooth damage between these two diverse groups of drug users, it’s likely that the primary mechanism for tooth damage is simply neglect for oral hygiene, though diet likely plays a role.

Although the damage to your oral health can be severe, it isn’t too much to fix with modern reconstructive dentistry. For teeth with minor damage, white fillings can be used to restore a natural, healthy appearance. With more serious decay, dental crowns will be used to strengthen and protect your damaged teeth, as well as give them a more attractive appearance.

If you have lost teeth as a result of meth or other drug use, dental implants can be used to replace them, giving you a completely whole and fully functional smile.

It’s important that you overcome your drug dependency first, though, as dental restorations are still vulnerable if you don’t take care of your teeth. Dental implants, in particular, are susceptible to infection and loss.

If you are looking to use reconstructive dentistry in Las Vegas to erase the marks of a prior drug habit, please call  for an appointment with a cosmetic dentist at the office of Dr. James B. Polley.