Researchers recently studied victims of the Great Irish Famine, which killed more than a million people across Ireland. They found that in addition to the deadly famine, many people suffered because of the prevalence of smoking. At a time when food was scarce, tobacco was relatively common and affordable. But the heavy usage took its toll. Smoking caused particularly severe damage to the oral health of victims. 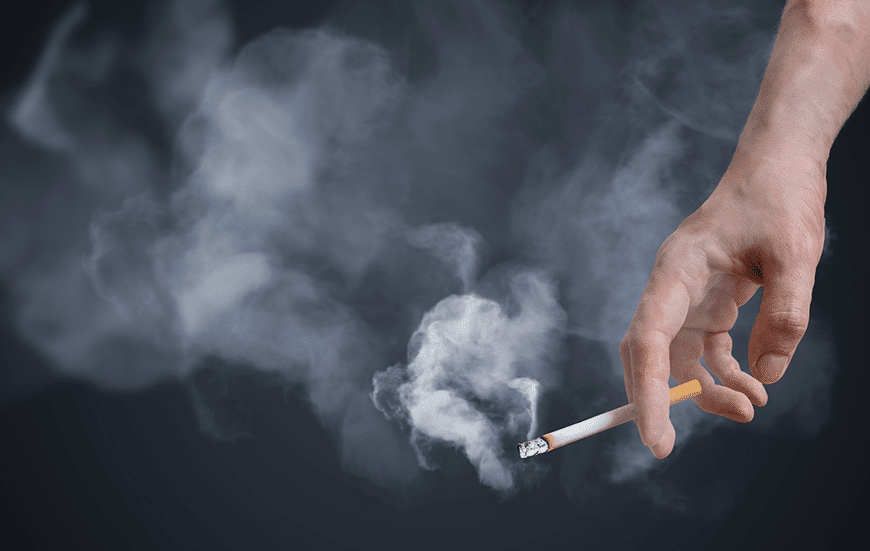 For this study, researchers in Ireland and New Zealand looked closely at the skulls of 363 adults who died during the Great Irish Famine. They died between 1847 and 1851 at the Kilkenny Union Workhouse. The bodies were dug out of their unmarked mass burial ground in 2005.

People were lost not only to famine, but to disease. The Workhouse had been built to accommodate 1300 inmates, but by 1847 it housed 2340 and by 1851 it housed 4357 inmates. The crowded conditions among workers weakened by hunger led to very high mortality.

The mass burial had become the only option for the workhouse, which had been banned from local cemeteries because of the number of paupers being buried. Locals complained that about 10 corpses were placed in the cemetery every day, and that the gravediggers, themselves malnourished workers from the Workhouse, buried them carelessly, even leaving the graves unfinished. When the Workhouse could no longer send its dead to local cemeteries, the bodies were buried onsite.

Archaeologists excavating the Workhouse in 2005 stumbled on the graveyard, which had been forgotten. In 2006, a dedicated excavation pulled the bodies out of the ground, revealing incredibly detailed information about the state of life for people in workhouses during the height of the Famine.

Among the insights was that people in the Kilkenny Union Workhouse had much poorer oral health than we would expect. They subsisted on a diet primarily composed of potatoes and milk. Although potatoes contain starch and milk has sugar, this is actually described as a low-cariogenic diet (not likely to cause cavities). Despite this, about 80% of the adults had tooth decay and half of them had missing teeth, despite the fact that the life expectancy for men during the Great Famine was only about 18 years.

The jaws of workers show not only the loss of teeth, but many other marks of gum disease, including badly receded jawbone around the teeth, and porous bone that had been attacked by bacteria and the body’s immune response.

Oral health was found to be much worse than people living at the same time in London as well as people eating the same diet in the early 20th century.

This poor oral health was due in part to the prevalence of smoking. In addition to the damage from oral bacteria, workers’ teeth showed distinctive wear patterns consistent with pipe smoking. Smoking can make your teeth more vulnerable to tooth decay and gum disease. It decreases the body’s ability to produce saliva, which makes the mouth more hospitable to bacteria. And it impacts the body’s immune response, which allows bacteria to grow even more rampant in the mouth.

Learning Lessons from Our Past

For many of us, the Great Irish Famine is not just history, it’s part of our personal story. The Famine drove many of our Irish ancestors to cross the Atlantic in hopes of finding a better life in the New World.

But if we want to make that better life, we have to learn the lessons from the past. This discovery shows how people who are already suffering from dire economic conditions can seek comfort in ways that actually lead to further damage. Smoking persists as a deadly threat to oral and overall health, and we can’t help but see the parallel with the damage that methamphetamine does to teeth in poorer communities.

The damage that smoking can do isn’t just for people who are pack-a-day smokers. “Social smokers” suffer similar health harms, and even secondhand smoke may impact oral health.

And even modern developments like dental implants may not be able to help smokers, since smoking can adversely affect implants as well as natural teeth.

Good habits lead to good oral health. If you are looking for a dentist in Las Vegas who can help you build up a good foundation for oral health, please call (702) 873-0324 today for an appointment at the office of Dr. James B. Polley today.