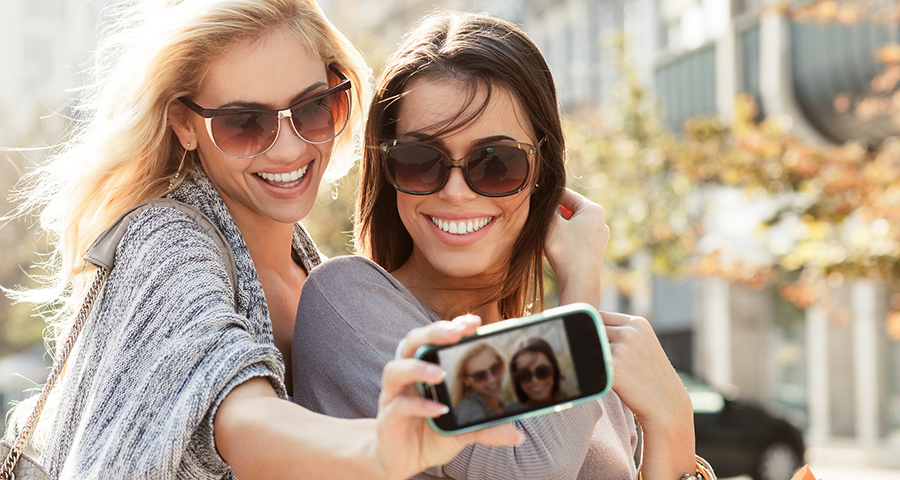 An interesting study completed by the researchers at the University of California at Irvine showed that smartphone images taken as part of a person’s daily routine can actually significantly improve a person’s happiness.

Quite different from the sense that smartphones and social media might be increasing our personal stress, this study shows that the technology can actually be a positive force.

A Study Designed to Induce Happiness

This study was designed to demonstrate that tools like selfies and social media can actually create a positive experience for people. The study was divided into three different arms: a Selfie arm, a Personal arm, and an Others arm. The 41 participants in the study (13 men and 28 women) were randomly assigned to one of the arms.

For the first week, all participants just went about their daily routines while reporting their mood. This established a baseline for the study. For the second through fourth weeks, people reported their mood throughout the day while taking the proper pictures as required by their study arm. Overall, nearly 3000 emotional data points were collected.

Remarkably, the researchers discovered that all three approaches improved the mood of participants. But they worked in different ways.

In the Selfie group, people reported feeling more self-confident. They said they became more comfortable with their smiles and with taking pictures of their smiling faces. Although this is the opposite effect from what some cosmetic dentists have reported, it’s interesting to see.

The Personal group, by contrast, said they felt happier because they were more reflective. They spent more time thinking about themselves and the things that made them happy. And they became appreciative of just how many things there were to be happy about.

The Others group had the biggest increase in happiness, which they attributed to four different causes. First, they loved to get responses back from the person they had sent the photo to. They also felt that sending pictures allowed them to communicate with others. They found themselves taking pictures that represented shared memories, and when they connected with their strong ties, they experienced reduced stress levels.

This reflects the natural dichotomy of a smile. If you are comfortable with it, it can make you happier, but if not, having to smile in public (or a selfie) can be stressful.

If you are a person who’s unhappy with their smile, we can help you get one that you’ll be fully confident in. To learn more about smile makeovers in Las Vegas, please call (702) 873-0324 today for an appointment with cosmetic dentist Dr. James B. Polley.