After a stunning knockout victory at Bellator 208, Henry Corrales gave a lengthy interview. The interview covered many of the standard questions, such as the tactics Corrales used against his opponent Andy Main, and the challenge of fighting someone who was so much larger than himself.

But there was one unusual topic that came up: Corrales’ dental implants. The fighter gave an extended talk about his implants, how much he loves them, and the special process he goes through to protect them during fights. 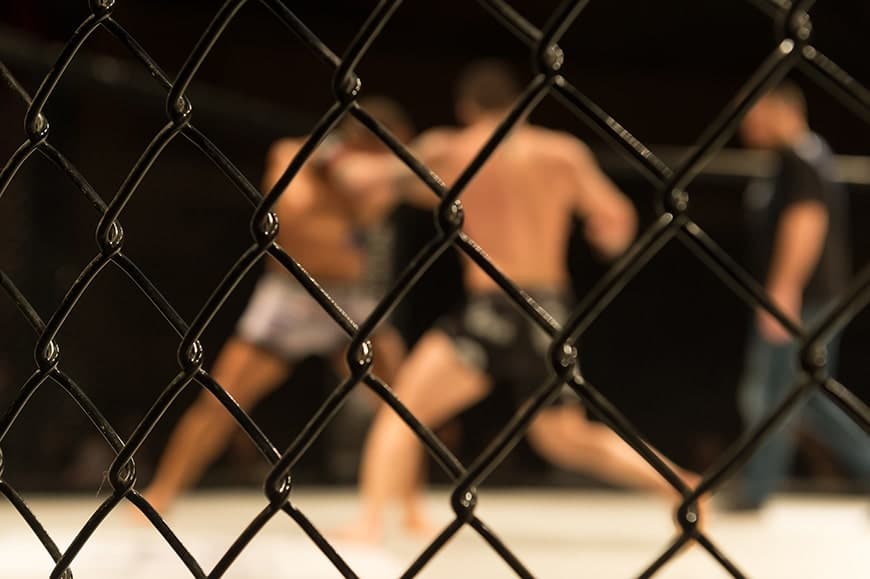 Corrales lost his teeth in a 2015 bout against Emmanuel Sanchez, the result of a 1st-round knee to the face. This is the type of brutal injury that is common in mixed-martial arts, a descendent of boxing that has less restrictions and less safety equipment, including no mouthguards.

Corrales went on to lose the fight in a split decision. He wasn’t happy with the outcome and has since campaigned for a rematch against Sanchez.

Although Corrales may not have been happy about the outcome of the fight, he has been happy with the dental implants he received as a result. In the interview, when a reporter mentions the rematch would give him a chance to avenge his teeth, Corrales smiles and boasts, “I actually got some really nice teeth out of it, dude, they’re . . . clean.”

Special Care from His Implant Dentist

Although one of the benefits of dental implants is that they usually don’t require special care, the situation is a little different for MMA fighters. In the interview, Corrales mentioned that he sees his dentist before every fight to have his restorations removed.

Corrales has fixed restorations, which attach to his dental implants with screws so they look and function just like natural teeth. The implants themselves are very safe from injury, because they are protected by the jawbone. However, the restorations are exposed like natural teeth, and they are vulnerable to damage during a fight. So Corrales sees his implant dentist before every fight to have the restorations unscrewed. That way he can avoid losing his implants the way he lost his teeth.

The strangest thing about this? He moved to another state since getting his teeth replaced, so before every fight he drives nearly 400 miles to his dentist, then wears removable partial dentures for a week.

Dental Implants Are Worth the Trouble

Reading the description of what Corrales goes through for his dental implants might make you think what a pain that would be. But it’s clear from his reactions that he doesn’t think they’re a pain at all. In fact, he’s tremendously happy with his implants. He loves the way they look and likes the fact that they are fully functional teeth. His experience with both implants and the removable dentures shows him how good the implants are. In the interview, he mentions looking forward to getting his implant restorations put back in.

Are You Considering Implants in Las Vegas?

If you are in Las Vegas and have lost one or more teeth, you might be considering whether dental implants are worth it. Corrales shows us that they definitely are.

To learn if dental implants are right for you, please call (702) 873-0324 today for an appointment with Las Vegas implant dentist Dr. James B. Polley.