One of the problems with determining just how long dental implants last is that it’s hard to design long-term studies that show just how well dental implants perform over their projected lifespan. And it’s even harder to design studies that are large enough to be really statistically convincing. But a recent study conducted by implant manufacturer Dentisply and several universities in Germany and Switzerland sought to overcome that with  data showing dental implants have more than a 93% survival rate after 17 years.

This study collects data from all ANKYLOS dental implants placed from 1991 to 2011 at Frankfurt University, a total of 12,737 implants placed in 4206 patients, although 40.8% of subjects didn’t keep making follow-up appointments through the study period. A statistical analysis was conducted on the records to determine the survival rates of implants and the nature of failures when they occurred.

The cumulative survival rate was high through the 17 years for which they could make good statistical analysis: 93.3%. They also found out that women had a significantly higher survival rate than men (93.7% vs. 92.8%).

Analysis of the reasons why dental implants failed showed that more than 60% of failures (198/312) occurred during the first year of placement. The most common cause of failure was gum disease–called peri-implantitis–which accounted for 38% of failures. The second leading cause was failed osseointegration, which accounted for 33% of failures. Osseointegration is when the bone grows around the implant, which is why it’s important to make sure you’re getting good nutrition for your bones during the healing period.

Limitations of the Study 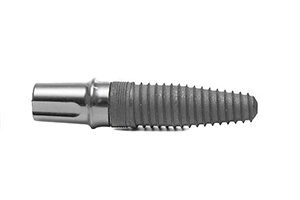 Although this is a good study, it’s important to understand its limitations. The large sample size is good, but it’s still just a tiny fraction of the millions of dental implants that have been placed over the decades since dental implants were invented. The data also comes from just one type of dental implant, which limits its general applicability. And the high dropout rate for the study–perhaps inevitable for studies this long–means the data isn’t as good as we would like.

But, still, this great study confirms our experience that dental implants, once they are successfully integrated, tend to last for a long time if they are properly cared for.

If you would like to learn more about dental implants in Las Vegas, please call (702) 873-0324 for an appointment with an implant dentist at the office of Dr. James B. Polley.