Are Medieval Remedies the Secret to Gum Disease Treatment? 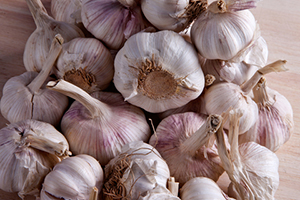 The world was recently surprised to learn that one of the most feared bacteria in the world, methicillin-resistant staphylococcus aureus, MRSA, or the so-called “superbug,” could be killed by a medieval remedy for eye infections.

But what about the most common infection in the US? Will a medieval remedy give us the secret to curing gum disease? Probably not, though many of the remedies have been tested, with the exception of those that are known to be dangerous (arsenic and mercury were commonly used in medieval medicine). Here’s what we know about their effectiveness.

Garlic is one of the most common (nonlethal) ingredients in medieval mouth recipes. It’s what was an active ingredient in the MRSA-killing formula, and it is one that has a lot of promise for modern treatment.

One trial showed that a garlic extract mouthwash was twice as effective as chlorhexidine in killing Streptococcus mutans, one of the most common and damaging bacteria for gum disease and tooth decay. You can probably guess the downside of using garlic as a mouthwash, though: 90% of users complained about bad breath related to the formula.

So, how’s about a less smelly option for mouthwash? Like modern people, medieval doctors looked to mint for its breath-freshening and bacteria-killing properties.

Unfortunately, this one is kind of a bust. Mint may do a good job of concealing bad breath, but in numerous trials it hasn’t been shown to have a significant impact on S. mutans or any of the other plaque-forming bacteria we worry about.

This is not to say that there aren’t promising options. For example, cinnamon extract shows promise in fighting bacteria. But it looks like mint-based medieval remedies are unlikely to be effective.

Before You Try an At-Home Remedy

We’ve talked about it before with respect to apple cider and strawberry teeth whitening formulas. At-home remedies aren’t usually effective and they can be damaging to your teeth (or your social life!) It’s important to consult with a dentist before trying an at-home remedy. Some do work, but you need to be careful.

We also have another option if you are having trouble controlling your oral bacteria. Carifree has gum, candy, and mouthwashes that you can use if your normal oral hygiene isn’t doing enough to protect your mouth.

If you are looking for an effective way to treat gum disease or tooth decay, please call (702) 873-0324 for an appointment with a Summerlin dentist at the office of Dr. James B. Polley.