According to a new report by the American Dental Association (ADA), more Americans are able to get access to a dental care, although a significant number still report that finances are the primary barrier preventing them from getting needed care. 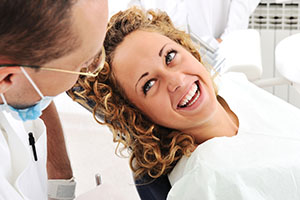 From 2000 to 2010, there was an increasing crisis in America, as more and more people reported that they were unable to get needed dental care. Now the ADA’s report says that trend has changed, with more Americans reporting that they were able to get dental care in 2012 than in 2004. According to the ADA report, which relied on data from the National Health and Nutrition Examination Survey (NHANES), the proportion of Americans who could not get needed dental care in the last year fell from 18.2% in 2004 to 14.6% in 2012.

Cost the Major Barrier, But Declining

Progress Behind, Challenges Ahead

The ADA report notes that although we have made progress, there are still likely to be challenges in the future. Of course, there are still nearly 15% of Americans who need dental care but haven’t gotten it. And the report authors note that if the Affordable Care Act (ACA) continues to remove financial barriers keeping people from getting dental care, supply side problems could increase again.

Despite the existence of future challenges, we are happy to see positive news in dentistry.

If you have needed dental care, please don’t put it off longer. Please call (702) 873-0324 for an appointment with a Las Vegas dentist at the office of James B. Polley.